Thanks for visiting our web site. We are "The Cowboy Way"!!! A Western music trio combining the talents of Jim Jones, Doug Figgs, and Mariam Funke. Both Jim and Doug are multiple award winning singer/songwriters (Mariam co-writing on many of their songs) and Mariam is the master musician that ties it all together. We hope you'll join us as we "Race With the Wind".

Great news! "The Cowboy Way" was named International Western Music Association's Group of the Year for the 5th time in 2022! Band Member Mariam was named the IWMA Instrumentalist of the Year and band member Doug Figgs was awarded the IWMA Traditional Album of the Year for his solo project "Yellow Horse! Band member Jim Jones, along with Deanna and Dave McCall received the prestigious "Wrangler Award" from the National Cowboy and Western Heritage Museum for their song "Old Horses and Old Men"!

In 2021 "The Cowboy Way" received the IWMA Group of the Year award for the fourth time! We are truly honored! Also, member Doug Figgs received the IWMA Male Performer of the Year award. The song "Don't Say Goodbye to the Cowboy Way" (written by Randy Huston and Jim Jones) received the "Spur Award" from the Western Writers of America! And the song "El Caballo del Fuego", from the album "Doin' What We Do", (written by Doug Figgs, Floyd Beard, and Mariam) received the prestigious "Wrangler Award" from the National Cowboy and Western Heritage Museum! The song "Ghost Riders/Pipeline", from the same album, was awarded NMMA Best Cover Song!

Great News from our latest album!

Two songs from our latest album "Doin' What We Do" have received special recognition! "El Caballo del Fuego" written by Doug Figgs, Floyd Beard, and Mariam received the "Wrangler Award" from the National Cowboy and Western Heritage Museum for Outstanding Western Composition! Also, "Don't Say Goodbye to the Cowboy Way" written by Randy Huston and Jim Jones received the "Spur Award" from the Western Writers of America for Best Western Song! We are very honored to have received these prestigious awards!!

The "White Album" is here at last!

We are pleased to announce that our new "White Album" titled "Doin' What We Do" is finally here! An eclectic collection of 14 songs including 3 covers and 11 songs written or co-written by Jim Jones, Doug Figgs, and Mariam with special help by collaborators Floyd Beard and Randy Huston. Also featuring the amazing talents of Hailey Sandoz and Kristyn Harris on the cover of "Route 66". We hope you enjoy listening as much as we enjoyed creating this album! 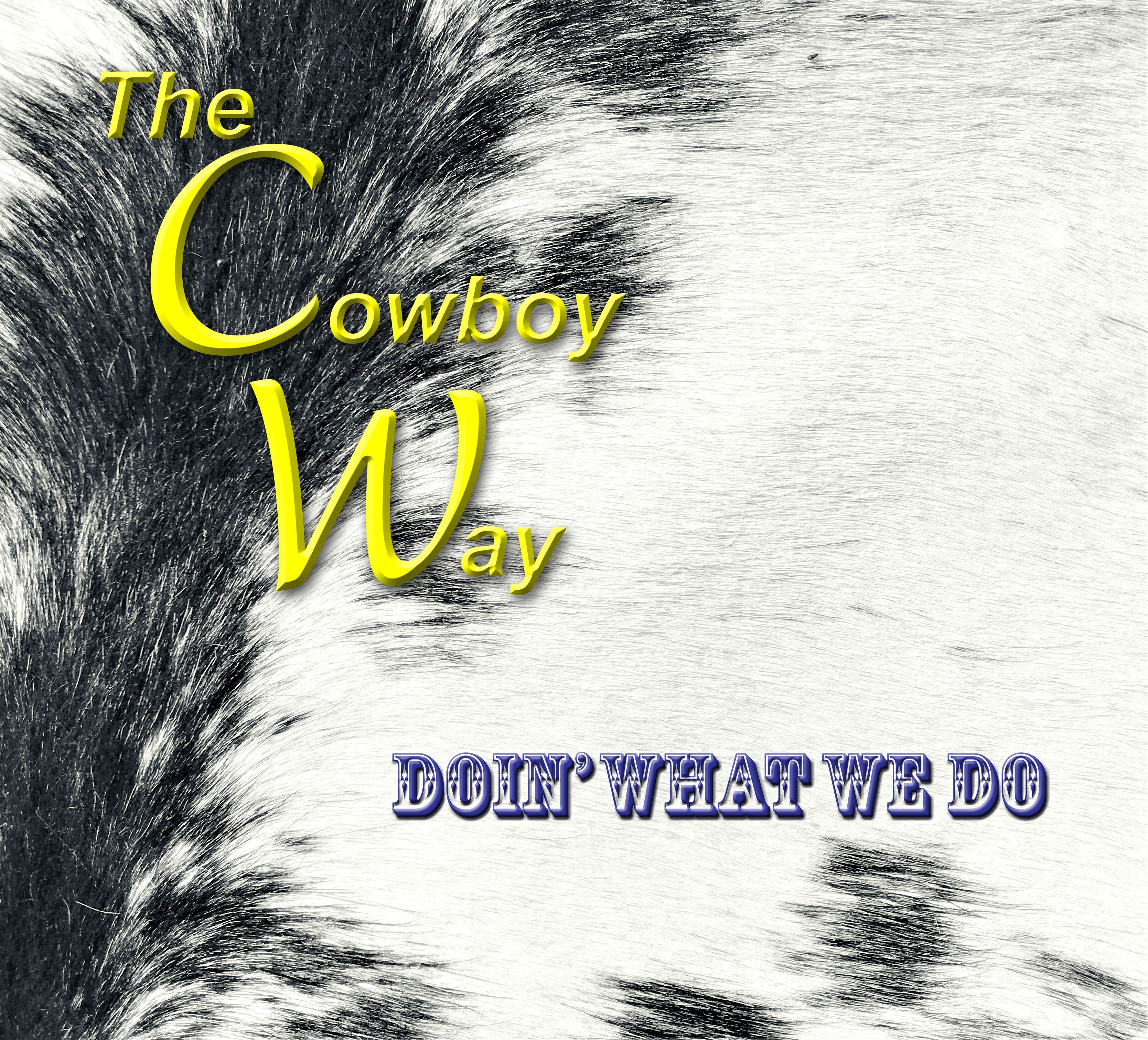 We are very pleased to report that The Cowboy Way trio was named 2019 IWMA group of the Year! This makes 3 years in a row! Our latest album "Go West" was honored with 2019 IWMA Western Album of the Year and our very own Jim Jones was awarded 2019 IWMA Song of the Year with his song "It's a Cowboy I Will Be" from the album "Go West"! Thank you to all of our friends and fans for supporting us! We do this for you all. Looking forward to a great 2020!

The Cowboy Way trio is very honored to have been named IWMA Group of the Year for 2018! This makes two years in a row! Group member Doug Figgs also took home top honors as 2018 IWMA Male Performer of the Year! We are thrilled to be given this recognition and want to thank the IWMA and all our friends and fans for supporting us. We were also blessed with nominations in the following categories:

Our latest CD The Cowboy Way/Go West is now available!

The Cowboy Way trio at the Range Cafe 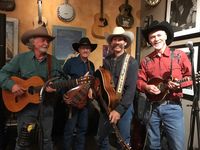 The Cowboy Way trio at the Range Cafe 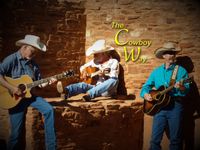 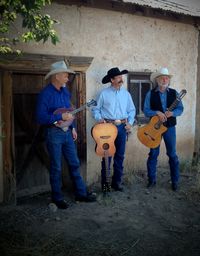